An introduction to Sample Selection Bias

For every statistical analysis, it is imperative to collect data. There is a separate topic that discusses the Data collection process.. When the data is collected, there are many factors which affect the data. The sample data might not be considered to be purely random. There is a significant amount of prejudice at the time of selection. This is called as sample selection bias.

Sample selection bias is caused by choosing a non-random data for any statistical analysis. This bias purely exists due to a flaw in the sample selection process. This happens when a subset of the data is generically excluded because of a particular attribute. By excluding the subset, one can have an impact on the statistical significance of the test. It can also produce distorted results.

What is Survivorship bias

One of the most common types of sample selection bias is survivorship bias. This is a practical example of survivorship bias. When building an investment strategy on a large group of financial stocks, it may be easier to look for the securities which have a data for the entire sample period. However, if the data to test the strategy was against 15 years worth of stock data, we will have to consider the entire data for 15-years. On the other hand, by removing a stock that did not trade, or recently exited the market, there will be an input bias in the data sample. This is referred to as the survivorship bias.

What is Sampling bias

Sampling bias is a systematic error. This is a result of a non-random sample of a population. These non-random samples cause certain members of the population to be less likely included in comparison to others. The entire chain results in a biased sample. It can also be defined as a statistical sample in which all the data sets are not equally balanced or objectively represented. It is generally considered as a subtype of selection bias. Some examples of sampling bias consist of self-selection, pre-screening of data sets, discounting tests that did were not completed and migration bias.

Other cases of Selection Bias

There are many other instances of selection bias. Because of these biases, the sample is not purely representative of the entire population.

The Selection Bias assignment help and Homework help sections cover this topic in great detail. Click here to learn more about Statistics Assignment Help and Connect with our Statistics tutors.

Summary
User Rating
5 based on 1 votes 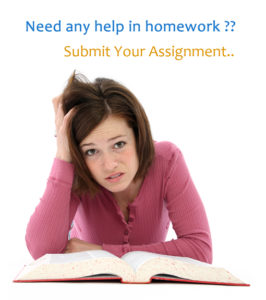